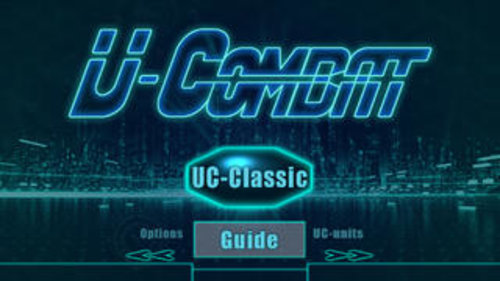 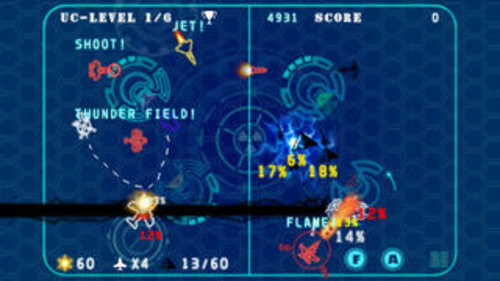 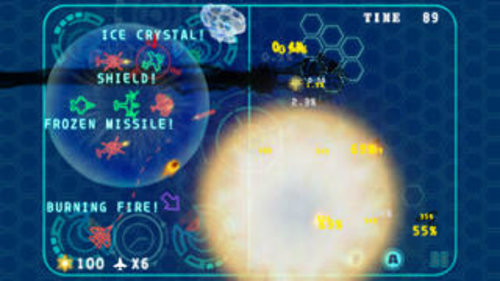 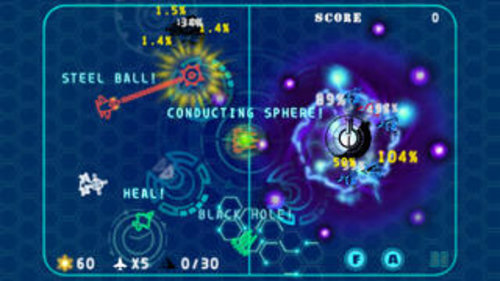 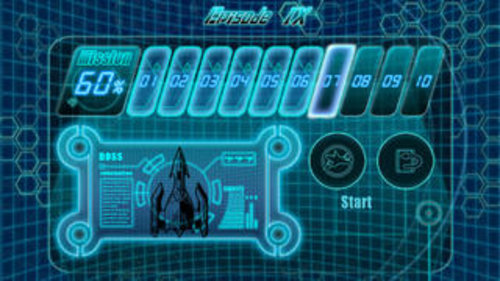 The incredible download quantity of U-combat has gone beyond our expectations. In order to celebrate, we are now giving away 100 GOLD and 100 COINS!
As well as offering limited purchase discounts (33%) for those currencies in our In-App Purchases.

We are confident it’s highly likely that any game player will want to download this game, just by looking at the screenshots.

What we’d like you to know is that the game visuals of U-COMBAT only barely passed our standards. Its essence lies not in its visuals, but in its GAMEPLAY.

U-COMBAT, “U” means “Unreal”, it took us nearly TWO YEARS to complete. This is a NEW TYPE of DEFENSE game with “LINE-DRAWING control” & “simplified REAL-TIME STRATEGY (RTS)”.

It operates similarly to average Line-Drawing games, but differs dramatically in contents, as well as having many innovative ways of playing.

• Connecting all STAR CORES by drawing lines will earn you energy.

• As enemy number increases and becoming more powerful, you need to dispatch the GREEN plane to assist in all sorts of ways:
1. You can use the “MAGNETIC BALL” to attract a great number of enemy planes, and then use the red plane to destroy enemies with RANGE ATTACKS.
2. Or take advantage of the “ICE CRYSTAL” and “ICE FOG” to limit enemy movements, protect our planes from getting hit, and targeting better off at the enemy.
3. Another option is to control the MOTHERSHIP, turn it into a target for the enemies in order to protect other planes, and then assist by using “HEAL” of the green plane to prevent the mothership from being shot down etc.

• AI mode can be enabled on each individual plane, which is a big help to players controlling numerous planes simultaneously. This also allows players who aren’t familiar with action games to be able to enjoy this game smoothly.

• At the end of each stage, there will be a “BOSS”, mostly leading a group of elite planes, causing big threats, and testing player strategic skills.

• Money can be earned based on gaming results; it can be used for level upgrading, buying powerful skills and plane models.

• The scores can be submitted for ONLINE RANKING.

◆ 100 mini missions:
Each mission has different criterion for completion, such as “DESTROY ALL ENEMY PLANES”, “RETURN TO BASE WITHIN TIME LIMIT”, or “ESCORT PLANES THROUGH DANGER ZONE” etc. In addition to rely only on controlling skills, there are also PUZZLE SOLVING elements in the game. Some missions can be very easy, as long as you’re able to find the correct method.

◆ Endless Levels:
There are three difficulty modes for Endless Levels. It is similar to Main Stage, except that the ENEMIES WILL GROW STRONGER RAPIDLY, and the levels will advance at a faster pace. PLAYER’S LEVEL CAN BE UPGRADED BASED ON PERFORMANCE, and to be ranked online.

◆ Real Time tutorials:
Most games have boring tutorials, making people impatient to play through. The tutorials in U-COMBAT are real-time; it is based on different scenarios happened in the game. It does not affect the game pace, easy to learn and helps the player to get started.

◆ Social network:
Supports FACEBOOK, TWITTER, FLICKR, VKONTAKTE, SINA WEIBO and possibly other major social network platforms in the future. You’re able to share screenshots of you being smashed, or you defeating the “Boss”, as well as your scores and achievements. Not only can you show awesome and godlike control skills to your friends, or you getting over-killed for a laugh.

◆ Tip:
Try changing your desktop background to complete black, the icon of U-COMBAT will have an interesting special change.

Do you hate mosquitos? Everybody does. This game gives you a chance f...